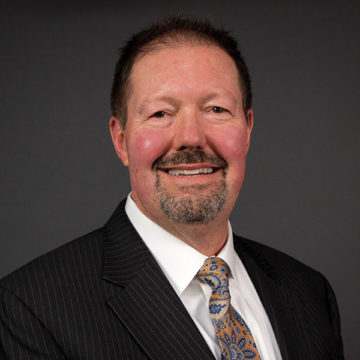 Colorado native born in Brush in 1960. He obtained a bachelor degree in business administration from the University of Colorado at Boulder in 1982. He graduated from the University of Denver College of Law in 1988. Mr. Nuss begin his legal career in 1989 with a large Denver insurance defense firm focusing on construction defect and personal injury claims. He eventually started his own firm in 1996, where he continued representing builders and subcontractors in construction defect cases.

Since 1989, Mr. Nuss has handled more than 70 civil jury trials in Colorado state and federal courts. He has taught many continuing legal education courses to fellow attorneys concerning insurance law and trial tactics.

Mr. Nuss has Martindale-Hubbell’s top Preeminent® AV rating and has been listed to Colorado Super Lawyers® since 2007. In 2003, Mr. Nuss become a member of the American Board of Trial Advocates, an invitation-only, international trial lawyer organization.