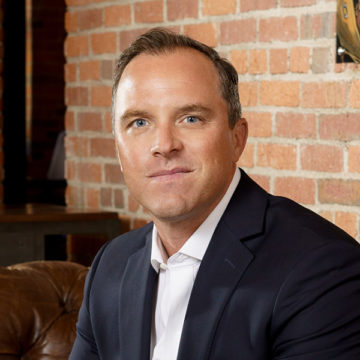 Marc Harden is one of Colorado’s most recognized and formidable advocates for victims of personal injuries those dealing with unfair insurance companies. Known for his loyalty and compassion for his clients, and his relentless competitiveness with insurance companies, Mr. Harden is a recognized industry leader in the fields of auto-accident victim representation and other personal injury representation. Mr. Harden specializes in representing victims of serious orthopedic trauma, spinal cord injury, and traumatic brain injury, as well as those with deserving claims against unreasonable insurance companies.

Mr. Harden is a proud Colorado native, loving husband, and father of three children. Since graduating from the University of Denver School of Law, where he graduated at the top of his class and served as an editor on the Law Review, Mr. Harden has dedicated his professional life to tirelessly winning cases for victims of personal injuries.

Over the course of his esteemed career, Mr. Harden has served as trial counsel for some of Colorado’s most significant personal injury trials, many of which have been well publicized in the media. Mr. Harden’s notable trial results, regularly reported in the Colorado Jury Verdict Reporter, include several significant traumatic brain injury and orthopedic injury verdicts. His success in the courtroom has helped earn him the reputation as one of the state’s finest personal injury trial attorneys. Yet while many of Mr. Harden’s successes have happened in the courtroom, many of his client’s cases have been quietly resolved away from the courthouse due to Mr. Harden’s well-earned reputation as a fearless and winning trial lawyer and the deployment of his cutting-edge litigation techniques. Mr. Harden’s verdicts and settlements for his clients are collectively well into the tens of millions of dollars over the course of his career.

Mr. Harden is a frequent recipient of the highest recognition and accolades in the field of personal injury representation. For many years, Mr. Harden has been recognized as a Super Lawyer and Super Lawyers Rising Star, a recognition given to less than a few percent of personal injury lawyers. He has also been recognized as a Top 100 Trial Lawyer in Colorado by The National Trial Lawyers, an invitation-only organization composed of the premier trial lawyers from each state in the nation who meet stringent qualifications trial lawyers. Mr. Harden has been recognized as a Top 40 Trial Lawyer Under the Age of 40 by The National Trial Lawyers, a limited invitation extended exclusively to lawyers that exemplify superior qualifications, trial results and leadership. Mr. Harden consistently maintains a 10.0 SUPERB rating with AVVO, an attorney rating system that considers a lawyer’s practice, professional achievements and industry recognition. Mr. Harden is also a lifetime member of the Million Dollar Advocates Forum, one of the most prestigious groups of trial lawyers in the United States. Membership to the Million Dollar Advocates Forum is limited to attorneys who have achieved million and multi-million dollar verdicts and settlements – fewer than 1% of U.S. lawyers are members.

Mr. Harden has also maintained several successful leadership positions within the Bar. For many years, Mr. Harden has served as both an appointed and elected member of the Board of Directors for the Colorado Trial Lawyers Association. He is frequently asked by the Colorado Trial Lawyers Association to serve in key leadership positions, including a six-year period during which he served as Co-Chair for the EAGLE Committee. Currently, in addition to performing his Board duties, Mr. Harden serves on the CTLA Lobby Council, working to ensure that his clients are served by the laws that are passed by the state’s legislature.

Mr. Harden is a regular featured speaker and educator in the field of personal injury law, and is known for his inspirational, insightful, and memorable presentations. Mr. Harden has been asked to present at the prestigious “Blockbuster” seminar put on by the Colorado Trial Lawyers Association, and has presented on some of his cutting-edge techniques for winning difficult liability cases and overcoming difficult defense experts. Mr. Harden has also been a frequently requested speaker for the Colorado Bar Association in the fields of auto-accident and premises liability representation and has been a featured webinar presenter for the American Association for Justice, the country’s largest and most esteemed injury-lawyer organization.

Nationally, Mr. Harden is an active member of the American Association for Justice and the National Trial Lawyers Association, and regularly attends national meetings and conventions.

Away from the law, Mr. Harden lives a life dedicated to enjoying time with his wife and children. Mr. Harden interests include traveling, skiing, golf, and music.