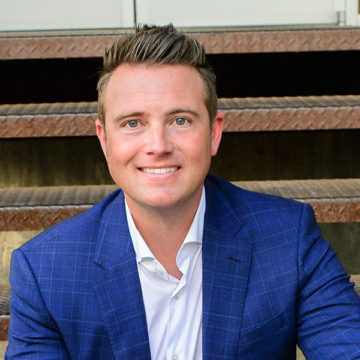 Derek is a second-generation realtor with deep Denver roots. His father was an established real estate investor and developer in Arizona’s multifamily market, teaching Derek the foundations of the industry from a young age. When Derek started in the business, his ability to accurately assess and analyze investment opportunities in the growing Denver market pulled his father from retirement. They have enjoyed managing multiple developments and fix-and-flip projects together.

From 2006 to 2008, Derek worked as a commercial broker specializing in land and multifamily, but he soon missed the personal element of residential sales. He became one of Denver’s top 1% of realtors by the age of 30 and has remained consistently in the top-producing bracket ever since.

Since then, Derek has defined his approach by his aggressive negotiation tactics and white-glove concierge service. He primarily works with single-family luxury and ranch property buyers and sellers. Most of his business comes from his former client’s glowing recommendations and referrals.

Derek understands that real estate transactions are usually significant and life-altering, so he takes his responsibility to be a trusted representative seriously and considers it a privilege to work closely with his clients to ensure a seamless and financially advantageous transaction.

Growing up playing competitive ice hockey, Derek found his passion for endurance mountain and road biking as an adolescent. He enjoys off-road expeditions with his family, including camping and fly-fishing.

Derek is married to his high school sweetheart, Diamond. They have two daughters between them, Dior and Dakari. Their daughters ride horses competitively and are active in the Douglas County 4H program.